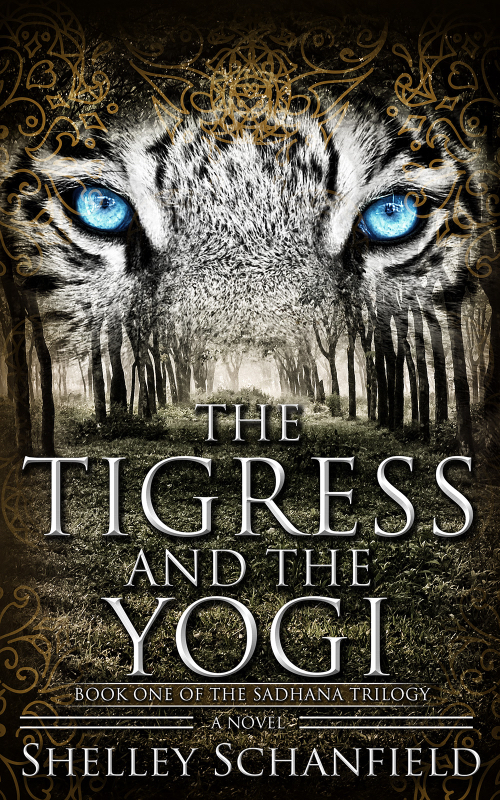 Book I in the Sadhana Trilogy.

A talking tigress. A wandering yogi. A young woman’s journey through a land where chaos threatens gods and mortals alike.

Terrified, she flees, colliding with an old yogi. He tells tales that awaken her hunger for forbidden spiritual knowledge. Thus begins her quest for freedom, on which she meets gods and goddesses, outlaws and kings, and the young prince prophesied to become the Buddha.

And when she loses everything she loves, her quest goes terribly wrong.

“With its violent, pulsating, and raw sensuality, this story of a heroine from the edges of Buddhist traditions appeals to the senses…Schanfield’s portrayal of the feminine aspects of the divine is highly potent…” Patty Comeau, five stars, Foreword Clarion Reviews

Goodreads reviews for The Tigress and the Yogi

The Tigress and the Yogi can be found at the following retailers: